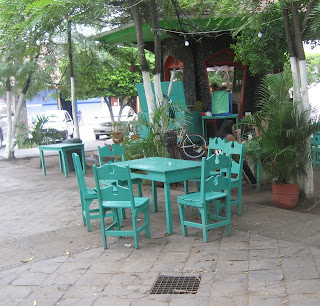 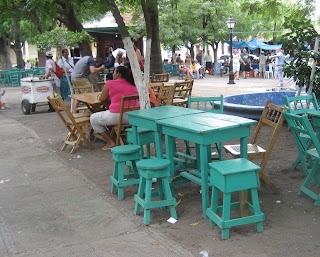 The tables will be made in a day. I have just given Rodolfo (Sylvia's brother) a little drawing and showed him pictures of the ones in the Parque Central that I like. Two tables, 4 chairs and 4 stools should cover all of the additional seating needs we have. Sylvia said, tell him you need them urgently. I told him it really wasn't urgent, but the first one as soon as possible and the next one whenever. Rodolfo said, OK I'll bring the one with the stools tomorrow and the one with the chairs the next day. I told him I was going to paint them, so they could be whatever wood he had around. He said, I'll have them painted, what color? I like the ones in the Parque Central, I said. Sylvia said, You'd better stop by and check it out on the way home.