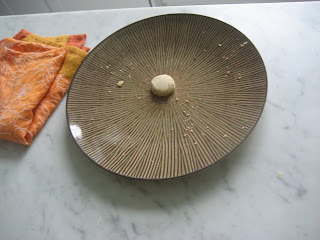 Joan and Alan brought 4 pounds of Greenberg's cookies out here and after 12 hours, this was all that was left. I'm sitting in David and Stephanie's kitchen beautiful white kitchen in Westha 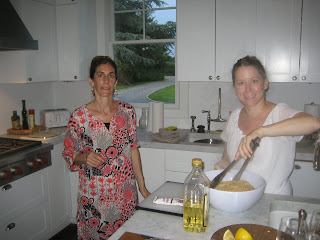 mpton. Adam is playing his guitar. Stephanie just beat David in ping pong and the other boys are on their laptops. Matthew and Daniel just learned how to make chocolate cookies and brownies. We are all impressed with their efforts. We are planning on red, white and blue cupcakes for the week end, but it's supposed to be a surprise. 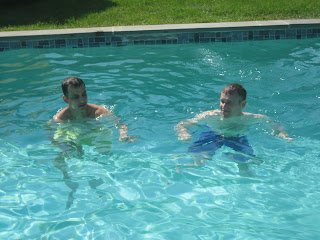 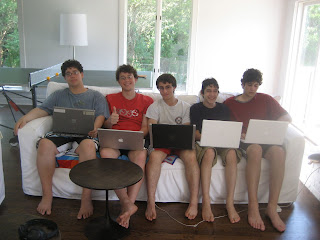 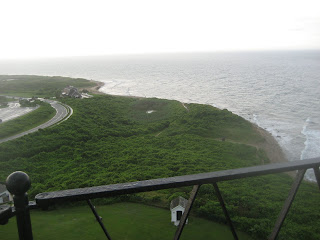 Yesterday was rainy so we took a road trip. Drove through the Hamptons to the end of the earth as we know it otherwise known as Montauk. Rain was pelting us as we ran up to the lighthouse. Since several vertigious members of the family skipped the climb to the top, but it was rewarding for the those of us who don't look down. 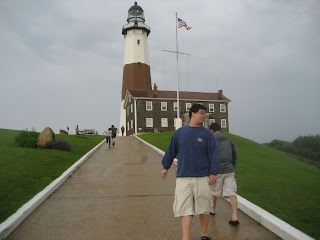 We had lobster rolls at LUNCH. I am getting a real dose of Americana and I thin 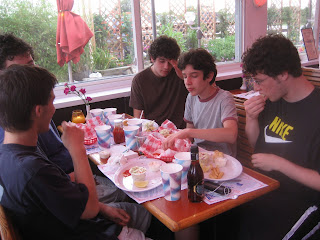 k Granada will be a great contrast to Southhampton.

It's so lovely here. After all of the hecticness of packing up 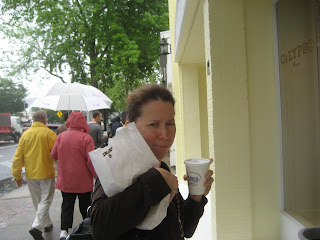 and leaving, I am just sitting for a bit.
Posted by Tamara at 6:37 PM