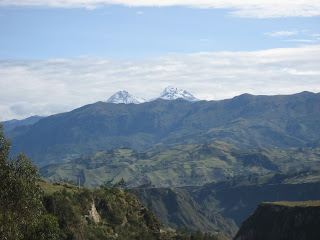 We had a long drive ahead of us out of the mountains to Baños, on to Puyo and then to Macas where we were planning on spending the night before heading into the 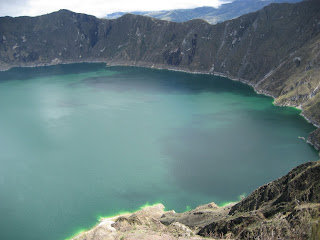 jungle the next day. The road was reputed to be new and paved. Turned out to be true only for the road 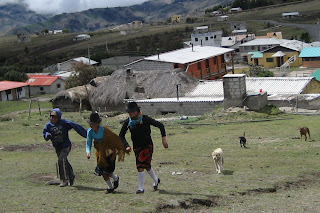 from Puyo to Macas. People lie and the guidebook (Lonely Planet) sucked. We were always stopping to ask directions which seemed only to be reliable from taxi drivers who had actually been to where we were going. Very few people drive in Ecuador and if you just travel from town to town on the bus you don’t necessarily know which way to go. Not that that would keep you from telling someone else how to go.

First we passed by Lake Quilotoa which we had visited the day before. The lake is a green crater lake surrounded by paramo (high Andean grasslan 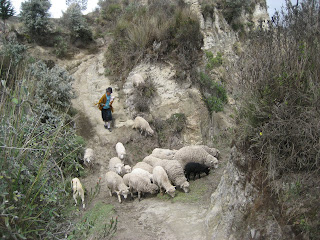 ds). Lots of kids were out with their flocks. We sh 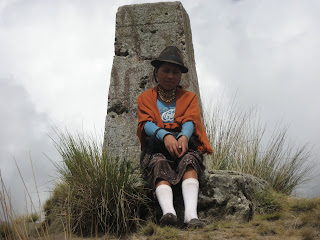 After Lake Quilatoa we were on the paved road for about 2 kilometers and then it deteriorated to a rockslide covered washboard gravel lane with buses bearing down on us from both directions. About 20 km outside of Baños, we asked directions and a gas station attendant sent us down a new road going in that direction. Is it the fastest way? 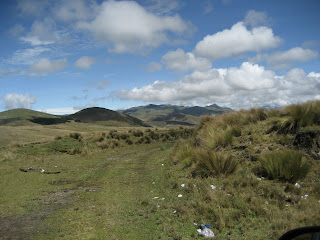 Forty minutes later we stopped in Baños which is a lot like Hood River, Oregon for lunch. We had some quick sandwiches, anxious to get back on the road because we realized this just might take longer than we expected. 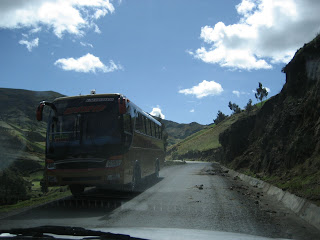