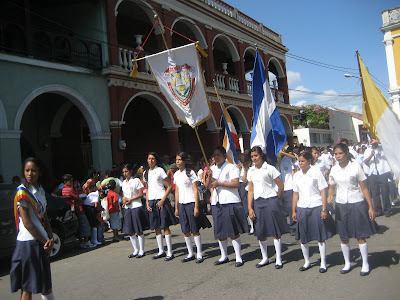 Monday there was another parade. This one was in honor of academic excellence as part of the build up to the Independence Day Celebrations throughout Central America. 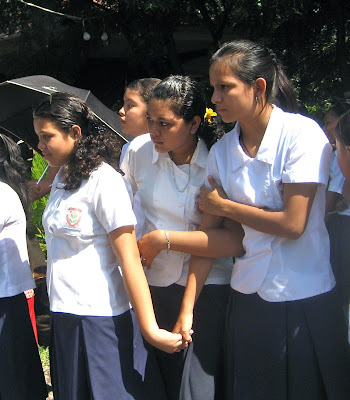 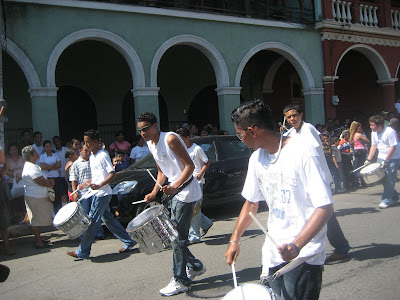 This is the group from Maria Auxiladora that I have heard and seen practicing for weeks in my neighborhood. 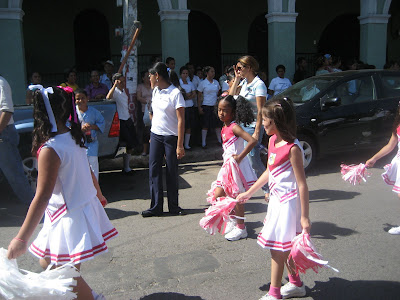 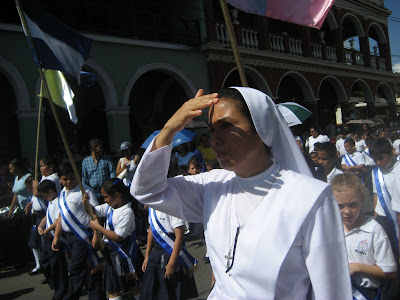 I was so intent on taking a picture of the nun (each catholic school had at east one nun with them), that I missed my neighbor Isabella right behind her carrying the flag. Isabella was first in her class and that is why she got to carry the flag. She had to assemble at 7 am and they weren't done marching until 10! 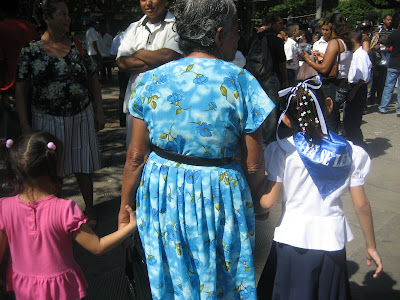 All levels of accomplishment were celebrated, but only the best students were asked to march. This girls scarf says - I know how to read now! 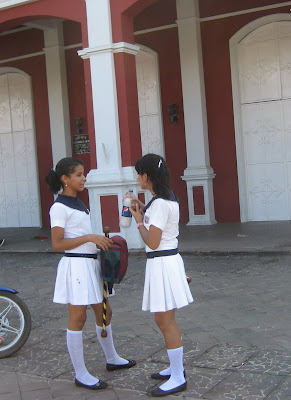 Girls from San Antonio, better known as the school with the hot uniforms. 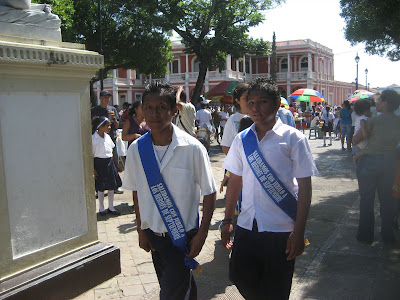 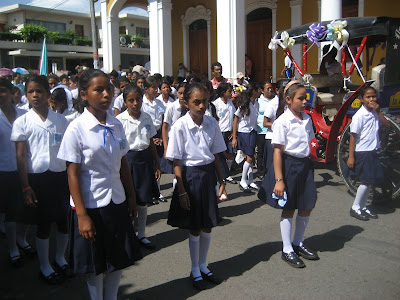 If you look closely in this picture, you can see that each girl is marching with her little sweat towel rolled up in her hand or tucked in her waistband to be used whenever needed. 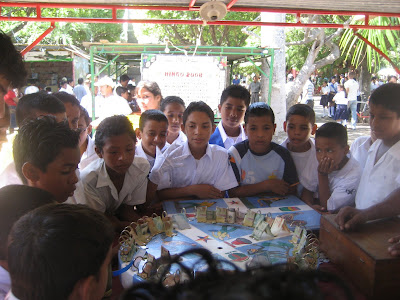 I thought there was a shortage of boy best pupils, but I found them all crowded around the craps table in the park. 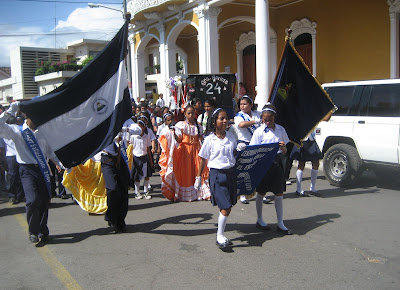 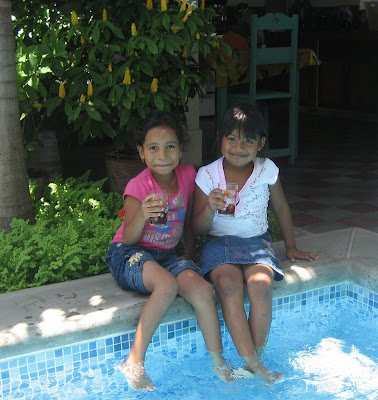 These girls weren't in the parade, but they got the day off of school!
Posted by Tamara at 11:28 AM