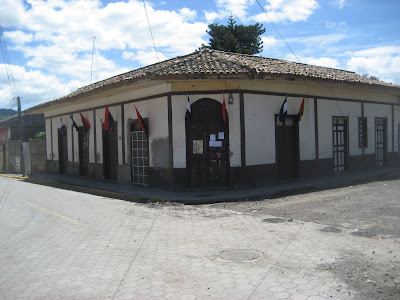 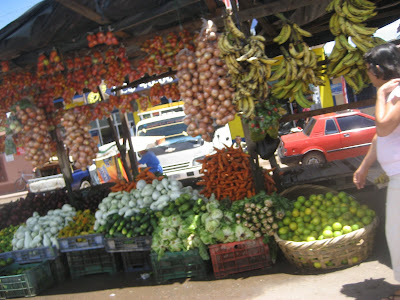 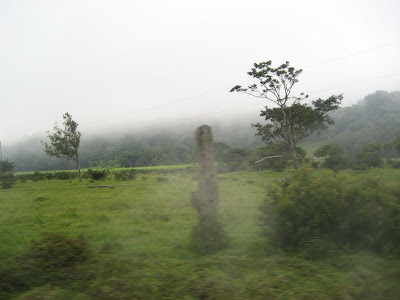 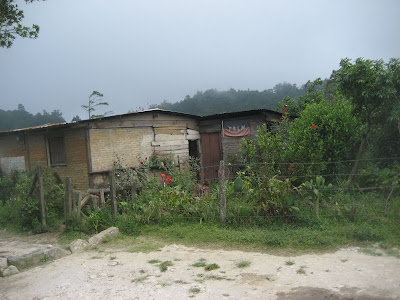 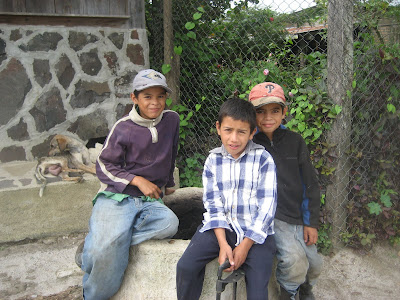 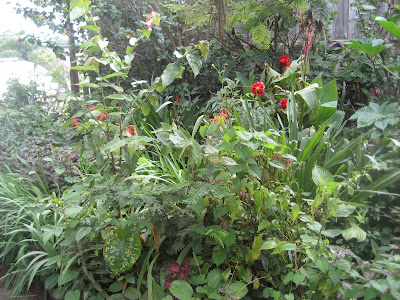 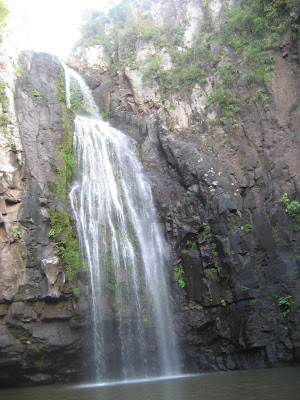 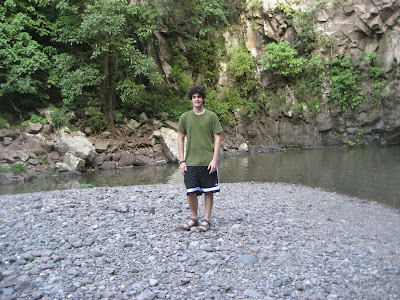 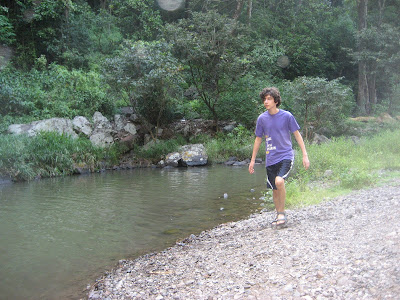 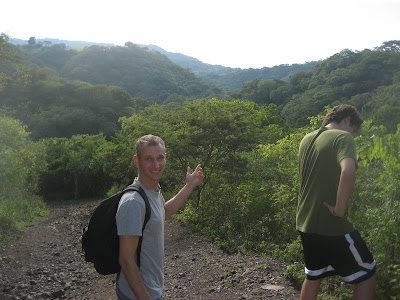 We took advantage of the four day weekend to do some exploring and headed up North. We couldn't very well stay home anyway, because our staff also had a four day weekend and we would have had to cook and clean up after ourselves. Our first stop was Sébaco where the vegetable market lines the street and you don’t even need to leave the car to buy stuff. We ate lunch at a nice clean comedor with delicious tostones. On the highway to Estelí, we stopped at Ciudad Dario. We felt it was our duty to visit the birth place of the father of modern Spanish poetry and Nicaragua’s most beloved son. There is nothing there. The statue of Ruben Dario had been knocked down and the street outside of his natal home is torn up. The museum was closed. There is nothing else in town.

Then we turned off the road to look for the Salto Estanzuela. We got sort of lost driving around an a very rutted road, but in so doing we stumbled upon Garnacha, a tiny little community on the edge of the mountain where they make the best cheese in the world! I have eaten a lot of cheese and I feel I am a position to judge. It was very beautiful. Some Swiss people had come along about 20 years ago and brought the cheese recipe and the appropriate bacteria. Now the town has a tiny but thriving Tilsiter goat and cow cheese business. The priest is Italian and lives in a little house next to the cheese shop with a colorful garden.

The road out of Garnacha wound down around small farms and coffee plantations. We took one of the ladies that worked at the cheese shop down to her little town. She usually walks an hour up and down the mountain to work. We drove further down the mountain and found the waterfall. Amazing. It was like Costa Rica without the crowds. We met a lot of cows along the way so we didn’t swim in the water, but it was refreshing to look at.

The road ended shortly right in Estelí. It seemed incredible that you could go so quickly from such a remote area – reachable by bus – to a thriving commercial center. They have a very big commercial road. Estelí felt a little more affluent than other cities, but because of that, not as beautiful.

We stayed at the fanciest hotel in town – Hotel Los Arcos – which is run by a Spanish development organization. It was a very pleasant hotel, but there was a lot of extremely disturbing free Christian literature in the room and in the lobby. A book in our room promised to tell the “real story about Islam that the liberal media is keeping from you.” I was really shaken. So we put it in the garbage in the bathroom. If you are familiar with bathroom garbage cans in Nicaragua, you will understand that it was right were it belonged.

We ate in a nice little Cuban restaurant. Estelí is the cigar center of Nicaragua, so there are quite a few Cuban’s there. One is reported to be Jewish! We don’t really care about cigars, so we left to visit the mountains on the other side.