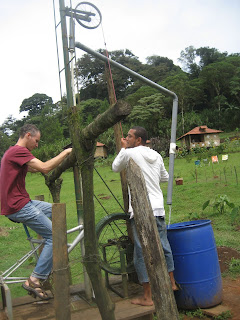 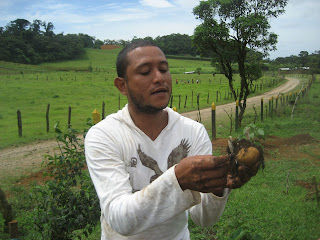 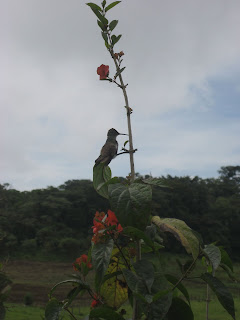 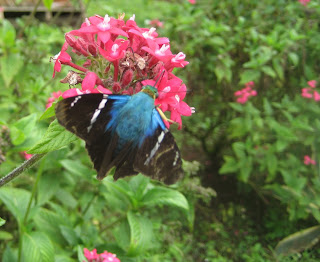 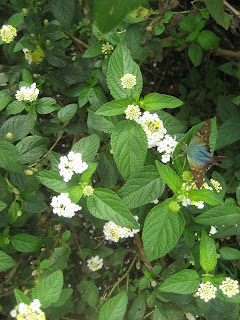 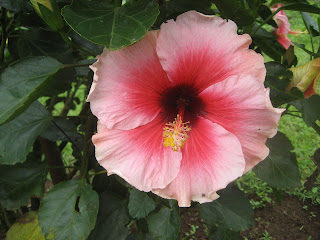 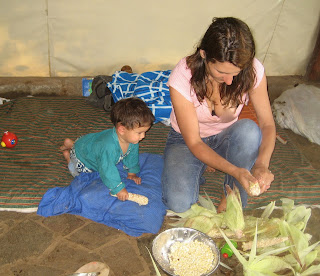 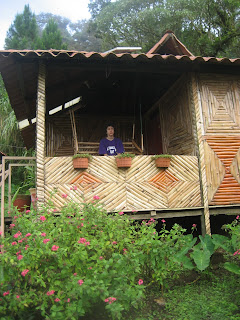 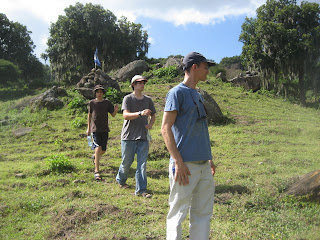 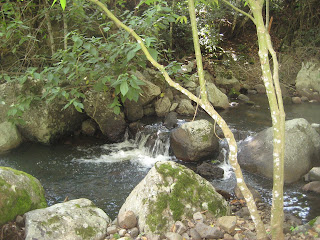 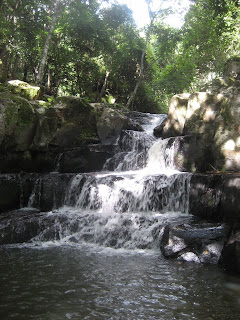 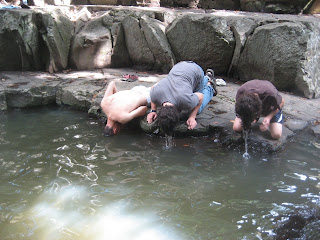 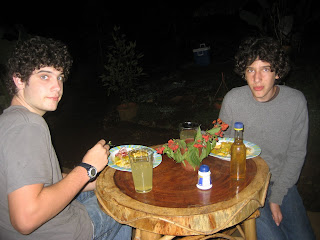 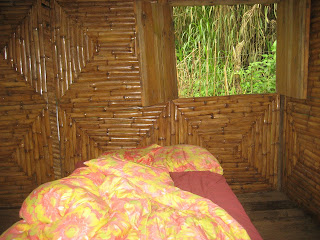 After breakfast in Estelí and a quick trip to Pali to get some picnic food, we drove up to the Miraflor Reserve east of Estelí. Another windy, washed out mountain road, but not too bad. We are so happy with our Toyota RAV 4. We only had to ford a few streams and none of them were very deep. This is one upside to the drought. Gentle hills grew steeper as we drove into the reserve. We gave a ride to the lady that brings lunch to the police officers in the tiny hut on the border of the reserve. She arrived right at noon. We were probably only a little faster than the bus.

All the maps of Miraflor have a visitor’s center marked on them, but there isn’t any. The reserve is made up of a group of farmers who work cooperatively to sell their products and market their countryside as a tourist destination. Thirty some years ago, these mountains were home to Sandinista guerrillas fighting for the revolution and then Contras trying to get a foothold. The Sandinista government awarded land parcels to campesinos and in ten years there were productive farms mixed in the forests. Then the community realized that they could protect the natural beauty of their area and increase their income through tourist dollars. In 1990 they voluntarily joined together to form the reserve. A few farmers have built small guest houses on their properties and offer the basics of a bed and meals to travelers, most of whom are the backpackers touring Central America.

We hiked down the mountain a bit to the waterfall. We didn't feel like jumping all the way in, but the males in the family stuck their heads in all together. We had to ask about 5 times how to get to the waterfall and we were hiking through peoples backyards, but we found it! A caretaker lived with his family by the waterfall. It costs 5 cordovas each to visit, but Jonathan and I both forgot to bring money. Fortunately, Jules had his wallet. Unfortunately, he only had a 100. They went to look for change, but we said just keep it. I am pretty sure we were the only people to visit all day, maybe all week.

We stayed at Finca Neblina del Bosque, the next wave of eco-tourism in the Miraflor. Eduardo and Isabel are a young couple with an adorable baby who have put in two very hard years of work to turn their piece of land into a sustainable organic farm with (relatively) luxurious cabins. Cute bamboo cabins with real beds! Down comforters for the chilly nights! And most impressively, hot solar heated water in the shower IN THE MORNING!

The best part of the farm though was the incredible energy and vision of Eduardo and Isabel who are committed to producing all of the food they need on their own land with support from their neighbors. They have a beautiful garden where Eduardo was weeding with one year old Nemo in the morning. Chickens eat the caterpillars. Coffee grows in the shade of their plantain trees and they are looking forward to their first harvest this year. The food was yummy and even though you can’t sell liquor in the reserve, we had some beers.

The paths are lined with sunflowers and the house and cabins are surrounded by hibiscus and other butterfly and hummingbird friendly flowers. I came back with all too many close-ups of flowers and butterflies, but I was trying to get a picture of one of each variety.